In the 1970s, a form of the ground cover was invented called "astroturfing". This was a synthetic grass that was used by the Astros inside their stadium because playing baseball outside in the Sydney heat was found to be uncomfortable for fans in the summer.

A vaulted stadium was built and unfortunately, the lack of sunlight prevented the grass from growing in the garden. The Astros responded by installing Synthetic grass in Sydney that later became popular with homeowners who liked the appearance of the grass but had trouble growing it naturally.

Another motivation would have been the desire for appearance without the constant work required to keep the lawn in good repair. 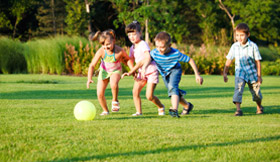 Either way, the Astros field could also have led people to make the decision not to install artificial grass even in areas where the grass is difficult to grow, or in areas that suffer frequent droughts that impede necessary watering.

This was because people remembered the Astros field and thought that it seemed false and unnatural. While this was true for astroturfing in the 1970s, it is hardly the case now.

Another benefit of artificial grass over real grass is that the ongoing landscaping fees that most homeowners will pay to keep the grass maintained can allocate that payment to the artificial grass installation, essentially paying for synthetic grass in virtually no time. weather.