It is nearly impossible to find an industrial unit or construction business that runs without the continuous industrial compressors in their daily routine. The fundamental aspect of compressed air is the intake of potential energy which builds up as the atmospheric air is put under pressure, converting it into kinetic energy. 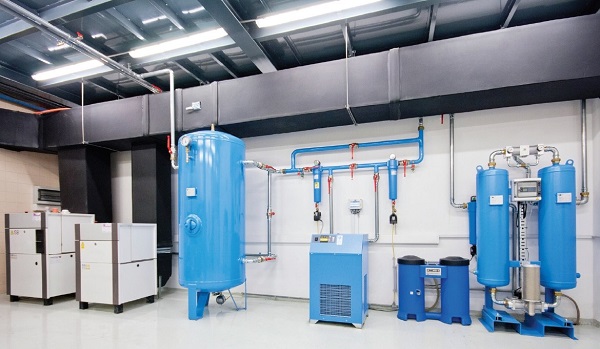 This energy is then used to run and power many small tools such as nail guns or impact wrenches. Larger compressors can be used to produce a large amount of torque for provision. One positive aspect of compressors is that they need not be maintained with extensive care and are long-lasting.

Let's have a glance into basic components and functioning of compressors:

Engineering of compressors can easily be understood by observing small combustion engines. They consisted of the cylinder, piston, and connecting rod joint with the crankshaft. The crankshaft used is driven externally, either through a gas motor or electric motor to rotate and move pistons up and down.

Atmospheric air is allowed to enter through an inlet port in one port. As the piston is moved down, a valve flap is opened through the vacuum created inside the cylinder which allows the air to enter the piston cylinder.

The air in the cylinder is compressed as the piston cycles up. This upcycle of the piston closes the inlet valve and simultaneously opens the discharge flap.